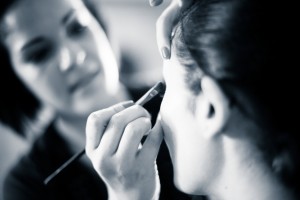 Qualified in both CIBTAC and CIDESCO, Mateja started her career in 2005 as a beauty therapist. From that year onwards she continued advancing her studies at the International school of Beauty Therapy, where she tutored make up for 4 years.

Art and creativity were always her passion. In 2007 Mateja decided to pursue her dream to become a professional Make-up Artist and moved to Rome, where she qualified in Film, Tv, Fashion and Corrective Make up. In her career Mateja had the opportunity to work on Catwalks and photographic sets with foreign Make-up artist, Hairdressers and Photographers. Mateja also won her 1st ever body paint competition in Rome. She also had the opportunity to take part in a fashion show which was part of the Alta Moda Fashion week in Rome where one of her models was published on Vogue Italy. Her work was back on the runway
in 2011 For Jack Guisso Fall winter collection and also in 2013 For DelFrance Ribeiro spring summer collection.She was also the make-up artist for the Wella Trend Vision colour award 2009 and was privileged
to be nominated as best make-up artist in the Malta fashion awards 2009,2010, 2011,2012,2013 and 2014. and won the awards in 2013 and 2014.

Mateja is based in Malta but travels abroad for work and competitions. She is always on the lookout for new experiences to improve her techniques.

This website uses cookies to improve your experience while you navigate through the website. Out of these cookies, the cookies that are categorized as necessary are stored on your browser as they are essential for the working of basic functionalities of the website. We also use third-party cookies that help us analyze and understand how you use this website. These cookies will be stored in your browser only with your consent. You also have the option to opt-out of these cookies. But opting out of some of these cookies may have an effect on your browsing experience.
Necessary Always Enabled
Necessary cookies are absolutely essential for the website to function properly. This category only includes cookies that ensures basic functionalities and security features of the website. These cookies do not store any personal information.
Non-necessary
Any cookies that may not be particularly necessary for the website to function and is used specifically to collect user personal data via analytics, ads, other embedded contents are termed as non-necessary cookies. It is mandatory to procure user consent prior to running these cookies on your website.
SAVE & ACCEPT